Hello, loved ones!  I am returning from an unexpected but much needed break from the blog.  I have been home for the past seven weeks working and completing my summer courses for my graduate program.  I think my internship left me exhausted and I just didn’t have it in me to force myself to blog while trying to fulfill other obligations.  My body was trying to readjust to being able to sleep during the night and be awake during the day, I was trying to make up for lost time to distance in my relationship, and I found myself not being anywhere close to motivated to complete my classes for the summer semester.  I found time to enjoy myself but it was very hard for me to push myself to complete anything but what I had to complete.  So I decided to take my own advice and institute some self care by taking the time I needed away from the blog to clear my mental space and to allow the passion I have for this to rekindle itself, as I was sure it would.

As much as this platform has been used by me as a necessary outlet, I believe that I still have a responsibility to those who are kind enough to read.  I did not want to write anything that had to be forced because I was exhausted; that wouldn’t be fair to you or to me.  I couldn’t be sure but I was beginning to think that people were losing interest in The Girl with Black Pearls, and I honestly had to have a personal moment of reckoning to decide what I was going to do.  When I began this blog, I used to say that if only one person was helped by my blog, I would be satisfied with doing my part to ensure that someone knew that he/she is not alone or that he/she isn’t a unicorn from Zamunda for how they view life.  Somewhere along the way, that became too small of a goal without me even realizing.  Conversations with folks about the blog became masked brainstorming sessions about the “what next?” for The Girl with Black Pearls.  Do I grow the brand to become a money-making option?  Do I extend my blogging topics to include beauty and clothing (and other things that I would probably be horrible at blogging about)?  What do I need to do to get my numbers up and keep people talking?  What do people want to read about?

I began looking at the website analytics daily.  My numbers didn’t seem as strong as they were originally.  I confided in a close friend (Thanks, Jade!) that I wasn’t sure in which direction to go with the blog.  I wanted to inspire conversation and I wanted to make a difference – but somehow I began to think that I would always be able to measure that difference or see that conversation.  I know that’s not the case.  The focus shifted from personal freedom and the freedom of those who may read to being submitted to finding fulfillment through what I perceived to be the success or failure of this blog.  I became so frustrated with everyone* not loving what I was passionate about that I fell into the old trap of utilizing what I do to feed my need for acceptance.  So it was at that point that I knew that I needed a break and I intended to give myself the time that I needed and I’ll do it as often as needed.  I can’t preach giving grace, particularly to oneself, and not live it in real time.  Authenticity.   Super long story short – be true to you and your niche.  Those who are meant to glean from what you have to offer, will.  Stay in the sweet spot.

During this self-imposed break, it seems like everything has happened.  Caitlyn Jenner.  Rachel Dolezal.  The horrible and tragic killing of the #Charleston9.  The super late calling for the removal of the Confederate flag.  The use of the Confederate flag debate to deflect people from the real issue hand – a deep-seated racism that removing a flag can’t erase.  The legalization of same-sex marriage.  The burning of 8 black churches in the South.  It seems like everything has been on 100 since I last spoke on this platform.  There has been so much that has been said in light of all these events and every time something happened, I itched to come back to this space and just let ‘er rip because some of saints were out of pocket.

So in the spirit of being back, I just want to share a few brief thoughts on a few of these…

1) The Christian (*terms and conditions apply) response to Caitlyn and SSM – American Christianity is something.  I know that’s saying a mouth full as I am a product of it but the older I get, the more I just…can’t.  Between folks being truly convinced that America is a “Christian country” and folks being convinced that the legalization of SSM is “persecution”, I don’t really know what to say.  I saw people give full sermons (and make me wish that Facebook had a character limit for statuses like Twitter) about the un-Biblicalness (yes, I made up that word) of what Caitlyn decided to do for her and same-sex marriage and fall hugely silent about the lives lost in Charleston or the burning black churches…or any other injustice right now.  Should I expect more from folks?  Well…yes.  Because more than most things, Jesus was deeply concerned and was moved with compassion for the state of people’s lives.  I have been reminded more than ever in the past few weeks that people have no problem cloaking anything with the word “love” to soothe their consciences.  There were so many people who were convinced that they were “loving” folks when they were really killing folks left and right with their words.  Stating your views is one thing (and a heck of a thing for some).  Yelling at folks and condemning is another thing. 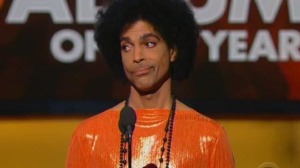 Also, I really want [American] Christians to revisit this whole persecution thing.  Jesus was crucified.  Peter was crucified upside down.  Stephen was stoned.  Throughout history, people were tortured and killed for their love for Jesus.  What we experience in this country as Christians is, at most, discomfort at certain times but I hesitate [greatly] in labeling it as persecution.  Laws are starting to change to reflect the changing demographics in this country.  And for Christians, it may start to get uncomfortable but I think we will be OK.  The first century Church thrived under adverse circumstances.  I just wish everything was not so…melodramatic.

2) Rachel Dolezal – NOPE.  I don’t have the space to explain but just know that my vote is ‘no’ on this issue.

3) The Charleston 9 – These beautiful people were senselessly murdered on a Wednesday night in Bible study by someone they welcomed into their church.  I cannot articulate my hurt and anger about this.  Beside the obvious reasons, my father teaches Bible Study on Wednesdays at my church.  I would be lying if I said I don’t think twice now when he leaves to go to the church.  Fear can be gripping like that.  But I believe this event has further exposed the lie of a postracial society – the gunman wasn’t an old white KKK member who was alive with Dr. King.  He was 21 years old and if you let society tell it, he should have been too young to be racist.  But alas, we are at this point.  Besides my heart aching for each of those families, I desire for this country to truly face its demons, racism being among the most prevalent and long lasting.  Is that too much to ask for?  Don’t answer that.

4) Who the hell is burning black churches down?  I still have questions.

Thank you for reading this longer than expected return.  Let’s get this going again.

One thought on “Welcome Back, Burton!”