“What happened to the nice Ashley?”

Maybe this would be a good time to explain that this comment had nothing to do with a personality change or a shift in my demeanor or behavior.  This was a question posed to me because of how I changed my hair.  I exchanged my weaved up long bob for some Havana Twists and I was feeling OK about my decision before that comment.  I feel great about my decision now.

*reaches out to touch my hair*

I’m not a person who generally puts too much stock into those quirky, perhaps misguided things that people say as they thinly veil it with a layer of uncomfortable laughter.  Generally.  Over the years of being in spaces where I am a minority (Penn State, Dallas Theological, etc.), I have become acclimated to those awkward looks and the jokes that reveal implicit bias in one way or another.  I try not to judge how people try to sort through their worlds, occasionally using such opportunities to shed light on perspectives that they may not have considered before.  But this one caught me by surprise.

Perhaps I’m more sensitive because I am super aware of who I am in these environments.  I am aware that I don’t look like everyone else (racial/gender minority), I don’t talk like everyone else (my Maryland “accent” and dialect can kick in strong sometimes), I don’t think like everyone else (I’m still sorting through things).  Even the areas in which I could be considered to have privilege (my Christian faith) is becoming increasingly interpreted and lived out in ways different than those around me.  So I think I have to be aware and I’m aware that others are aware too.

So when she asked me this question in light of the change in my hair style, there was something in me that became a bit…angry.  My passive aggressiveness allowed me to laugh it off but as the day went on, I could not shake the feelings that I had.  Did she really just attribute a change in me to a difference in my hair?  What about her finds my new (and perhaps less acceptable) hair so offensive?  What about me made her feel that this was OK to say?

I grew up being taught that I had to do certain things and look certain ways in order to be taken seriously.  I was taught to grasp the understanding that the world around me will accept certain things better – a business suit, a conservative hair style, nice shoes (not too high a heel, though), a great handshake, a confident (even if insincere) smile.  I have played that game for the most part, afraid that if I didn’t abide by those rules, I’d be left out or left behind.  I think because I struggled for so long to actually like myself, it was easier for me to conform to all those expectations because I had very few expectations of myself as far as appearance was concerned.  So I had rarely in life experienced a situation where someone overtly linked who I am to my appearance.  It was uncomfortable and maddening.  There’s nothing wrong with my hair and my hair says nothing about who I am or who I am not.  It’s a hair style that I chose because it’s easy to maintain and it protects my natural hair…and BECAUSE I LIKE IT.

This interaction with her was neither preceded nor followed by harsh or non-collegial words or expressions.  What this experience did. however, was serve as a reminder to me to be aware of my own implicit biases and how I allow that to color my interactions with people and what I believe about people.  I’m not quite sure where my niceness went (perhaps it went in the trash with my weave).  But I’d take this confident, self actualized Ashley over the “nice Ashley” any day.  I have a new attitude! (Hit it, Ms. Patti!)

On another note, the experience I described here is known as a microaggression and it can be problematic.  There are helpful and professional ways to handle situations like this besides just “grinning and bearing” it.  My fabulous friend and fierce Higher Education Professional Jade Perry wrote some great tips on how to deal with microaggressions in the workplace.  Check it out. 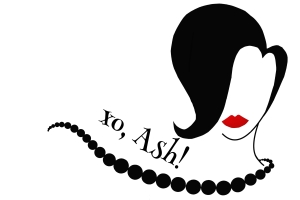 4 thoughts on “#MaconFiles: “The Nice Ashley””