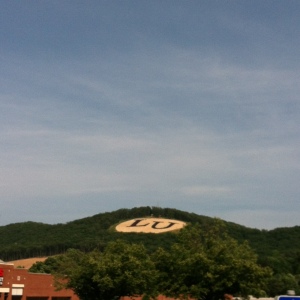 I didn’t plan to blog this week.  I’m down in Lynchburg, VA this week, widely known as the home of one of the top Christian universities in this country, Liberty University.  This place is umm…*in my Dr. Evil voice* riiiiiiiiiiiight.  It’s only going to get more hectic.  But I was so…full…after today’s class that I had to get this one out.  This one is more of a reminder for me.

That’s one of the first statements I heard as I started the Marriage and Family Therapy program here in June 2012.  I’ve seen it several times, have silently agreed to the truth of it, and have moved on.  Isn’t that what we like to do?  We acknowledge the truth and validity of something and we leave it there.

This week, I’ve had no other choice but to know myself.  I’m in a class called an intensive this week in order to become practically acquainted with the counseling process, both as counselor and client.  We are learning techniques and we are also being asked to be vulnerable.  In just the past two days, several people whom I did not know before yesterday at 8 am know more about my life than most people who have known me for years.  It has been informative, it has been scary, it has been uncomfortable, and it has made me mad.  It has made me question my ability to survive and be competent in this profession which I proclaim to love but it has also solidified my feeling that this is what I feel called to do.  This field of science has made me appreciate God even more, which is why faith and science can co-exist in my mind.

One of the main things I’ve been hearing the professor and clinical supervisors advise us to do is to lean in to the discomfort.  This means that much of what they are teaching and showing us how to do actually goes against our natural tendencies.  Many of us want to sit and ask the clients questions; we’re told not to depend on questions in order to get the client to go deeper.  Many of us are “fixers” and have the urge to want the client to say what the problem is quickly so that we can go about fixing their problems; we’re told that we are not to advise and not to fix.  That is not our jobs as counselors.

We’re also told to lean in to the discomfort that we are feeling as we walk through this learning process.  We must evaluate and reflect, all to increase self-awareness.  It’s been said that one of the top motivations for why people do what they do is to avoid pain.  Counseling most times does the exact opposite; it gets you to recognize and face the root of your challenges in order for growth and self-actualization to occur.

For our activity this morning, our professor had us do life maps.  A life map is a way of thinking about your life through key events.  You can draw, color, use symbols, whatever – but once you’re done, you should have a visual of your life which allows you to see patterns, themes, or similarities.  I looked at my life map and I saw the many highs of my life and I also saw the pretty low lows.  I was able to remember some of the feelings that accompanied different events.  One classmate remarked that he noticed how after his lows, there were periods of great highs.  I looked at mine – I noticed a similar pattern.  The pain of those lows, though maybe not completely gone, eventually were alleviated over time.  The highs that followed were amazingly good and better appreciated and stewarded because of the lows.  “What God has done in the past is both a promise and a model…” (J. Allman).

I’ve been digging and clawing to get out and to avoid the pain but I’ve refused to lean forward.  I’ve been trying to help others move forward and I won’t even lean in that direction.  Counselor, know thyself.  More importantly, counselor, know the One who made (and keeps) thyself.  This isn’t the first rough time I’ve had in my life and it won’t be the last.  But not one tear or ounce of frustration will be wasted.  The future glory is worth it.  Remember this post when I make it big :-).  I’m soaking in everything this week, no matter how tiring it is.

“Yet what we suffer now is nothing compared to the glory he will reveal to us later.” – Romans 8:18 NLT

P.S. – To end on a light note, as an extension of my shenanigans on Friday night, I have this message for Drea and Barb — “young moolah baby!”  Y’all da best.